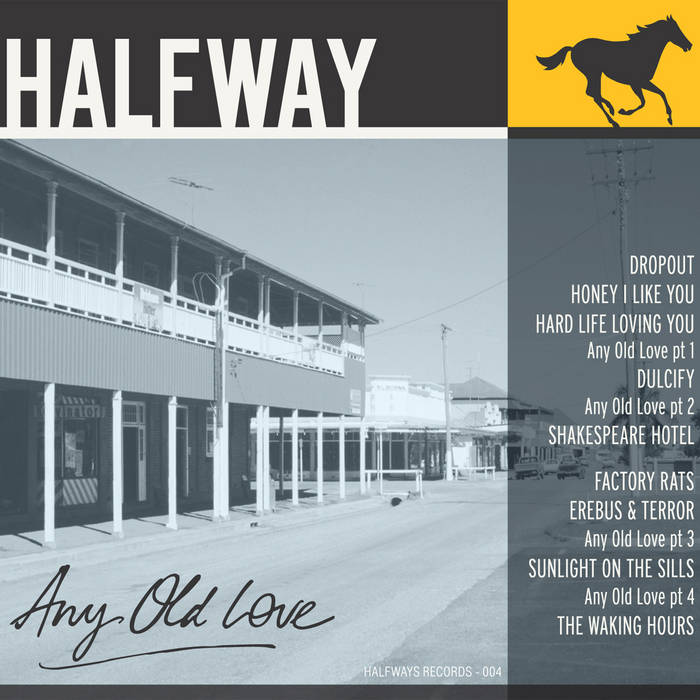 Who remembers the thoroughbred Dulcify? He had pace to make you gawk. But he was bug-eyed and badarse. He trashed a plane once, going to a big race in Perth.
But when he was good he was gorgeous. Amped and full of swagger. Like when he won the 1979 Cox Plate, busting out of a rails box, taking the field in three strides and winning by seven lengths. Old-timers say he crossed the line laughing. He just had to win the Melbourne Cup. Halfway through the long run he was cruising when the field slowed. At his heels was Hyperno, who was known to be a psycho. Hyperno lunged and flayed the champ's haunch. Veering and accelerating, Dulcify sent such force through his musculature that he exploded his own pelvis. But he kept racing. For another thousand metres. Till he staggered into the off-field.

Hyperno won The Cup. In this world, what you deserve is not what you get. Dulcify took a bullet in a horse-float and was left, while the sun set, flyblown in a paddock alongside an abattoir. There's a song inspired by Dulcify on this album. It's got winners and losers and all the yearning in between. Two horses serve in it as alpha and omega. "Some days Doriemus. Some Dulcify." Doriemus? The 1995 Melbourne Cup winner. All business. Tremendous staying power. Flawless technique. Think: Glen Campbell to Dulcify's Gram Parsons.

The Halfway world is a Dulcify world. Home base is Barcaldine. Westward is Longreach. East on the Capricorn Highway takes you to Rockhampton. You drive 50 hours every week. In Emerald there's some fella with a scheme. In Rockhampton a spiv will put you on a horse if you turn up for trackwork at 5 o'clock for three mornings. The Halfway world is arid at the horizons. Slam on the brakes at a washaway bridge. Arc into a pub carpark at 100 kph. The Shakespeare Hotel. Bards on a binge. Dust all around. Glare like an axe. Don't die out here wondering. Play every punt until the pain comes. When the pain comes it comes big. Because there's only so much luck. A man will try to beat it. This Halfway world. There's a woman here too. In stark rooms in broken towns. Kids are dossing down. Top-and-tailed in a bed; maybe curled on the floor. The man comes and goes. The woman takes the kids. The kids need her help. Her car skulks through dawn. Sunlight climbs like a mean grifter over dirty window sills. It's a hard life loving him.

This world should grind you down. With its toughness. Its pain. Instead it lifts you up. Because it gives you songs from people who've learned how the main chance is entirely up to them. It depends on love. And decency. And being wide awake when the beauty comes. Listen for the beauty. There it is -- one example among many -- in the high-lonesome refrain that sweetens the chorus at the end of 'Waking Hours'. Loveliness. Good and simple. Here's a world tuned to redemption. Here's the Halfway world.

Bandcamp Daily  your guide to the world of Bandcamp